Before &amp; After: A Stunning Wooden Kitchen Bar Made From Junk Sale Items 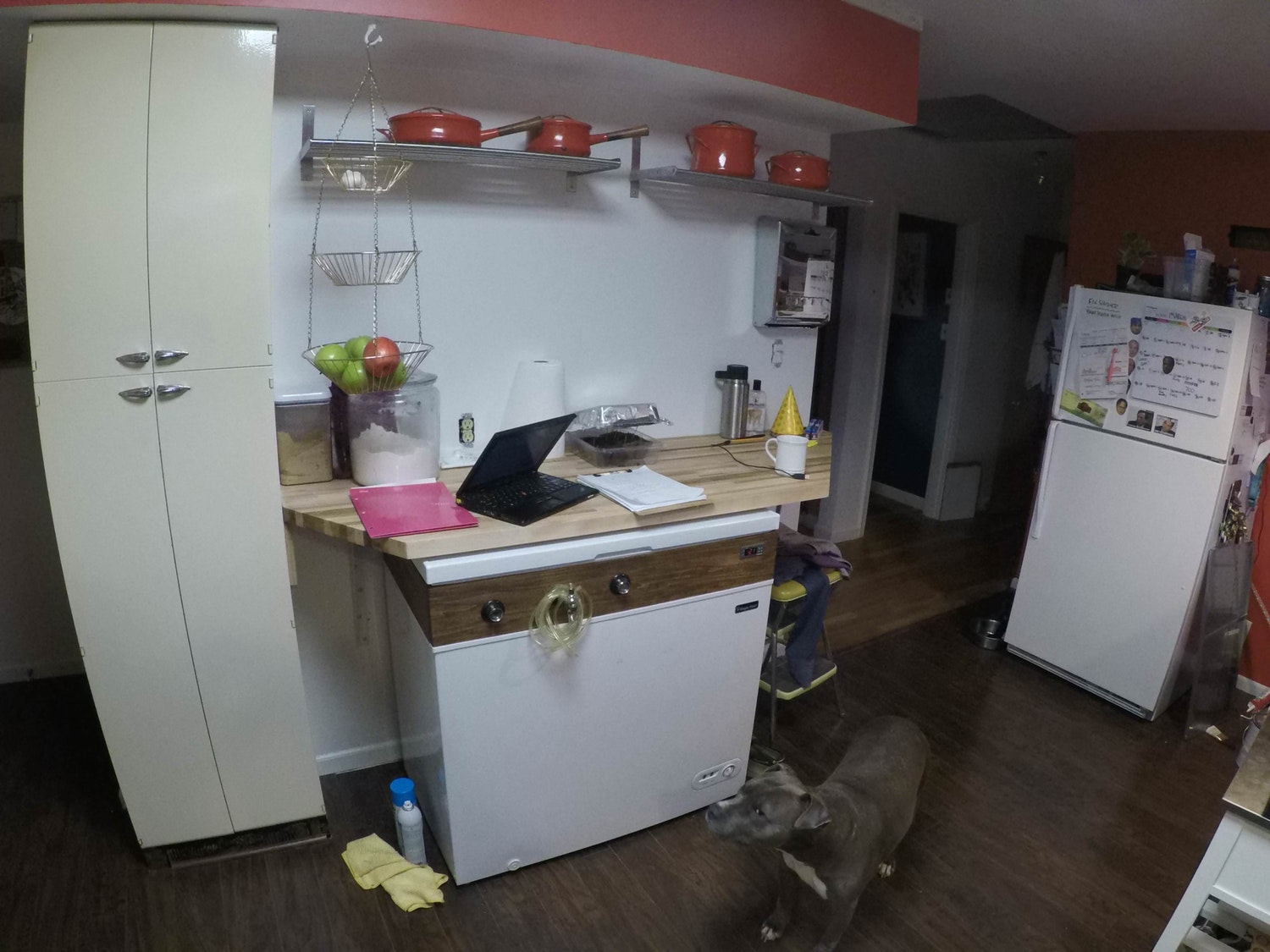 Does kitchen clutter totally kill your vibe? There is honestly nothing worse than feeling like you have too much for your kitchen, but not nearly enough space to fit it all. That’s why this bar makeover discovered on Imgur is serious #kitchengoals.

One Imgur user transformed their kitchen from a cluttered mess into something you’d pin as soon as you saw it on Pinterest. And the best part? They nabbed a majority of his supplies at junk sale! So, this DIY project was done on a budget and just about anyone can recreate it, if they’re willing to take the time to search for supplies.

Here we have some sloppily laid out marks indicating counter height and stud locations as well as the brackets (had 4, used 2) and a “stop block” that has already been mounted level to our steel cabinet with 6 bolts.

Prefab butcher block dry fitted and being marked to length. I first had to cut the cabinet end of the counter to compensate for the non-90 degree corner between the wall and cabinet in order to get a tight fit.

As they worked, they learned somethings about the process. They suggested not cutting indoors (even though he did because he was alone) due to the dust that will collect. They also rented a heavy duty saw, instead of using their own circular saw, to cut through the material.

Anchoring brackets to countertop at this point. There are 6 lag bolts directly into the studs on the vertical of each bracket and 3 lag bolts into the countertop on each.

After the wood was mounted on the wall, next came the storage organization! Which is clearly the best part. It is almost like doing yoga, you can feel so zen after mastering some perfect organization.

Almost all IKEA stainless shelving except the “Scott” brand chrome paper towel dispenser we scored at a junk shop for $8.

After everything was said and done, they had a glam wooden bar for their kitchen that truly is magazine-worthy! To make it even better, they snagged some Arthur Umanoff style swiveling bar stools for dirt cheap after the remodel was finished.

I think the KitchenAid mixer really pulls this whole kitchen look together.

If you live in an apartment and can’t overhaul your kitchen quite so drastically, you can try this no-reno makeover for your space.