Have You Ever Wondered: Why Was Monica's Apartment Purple? 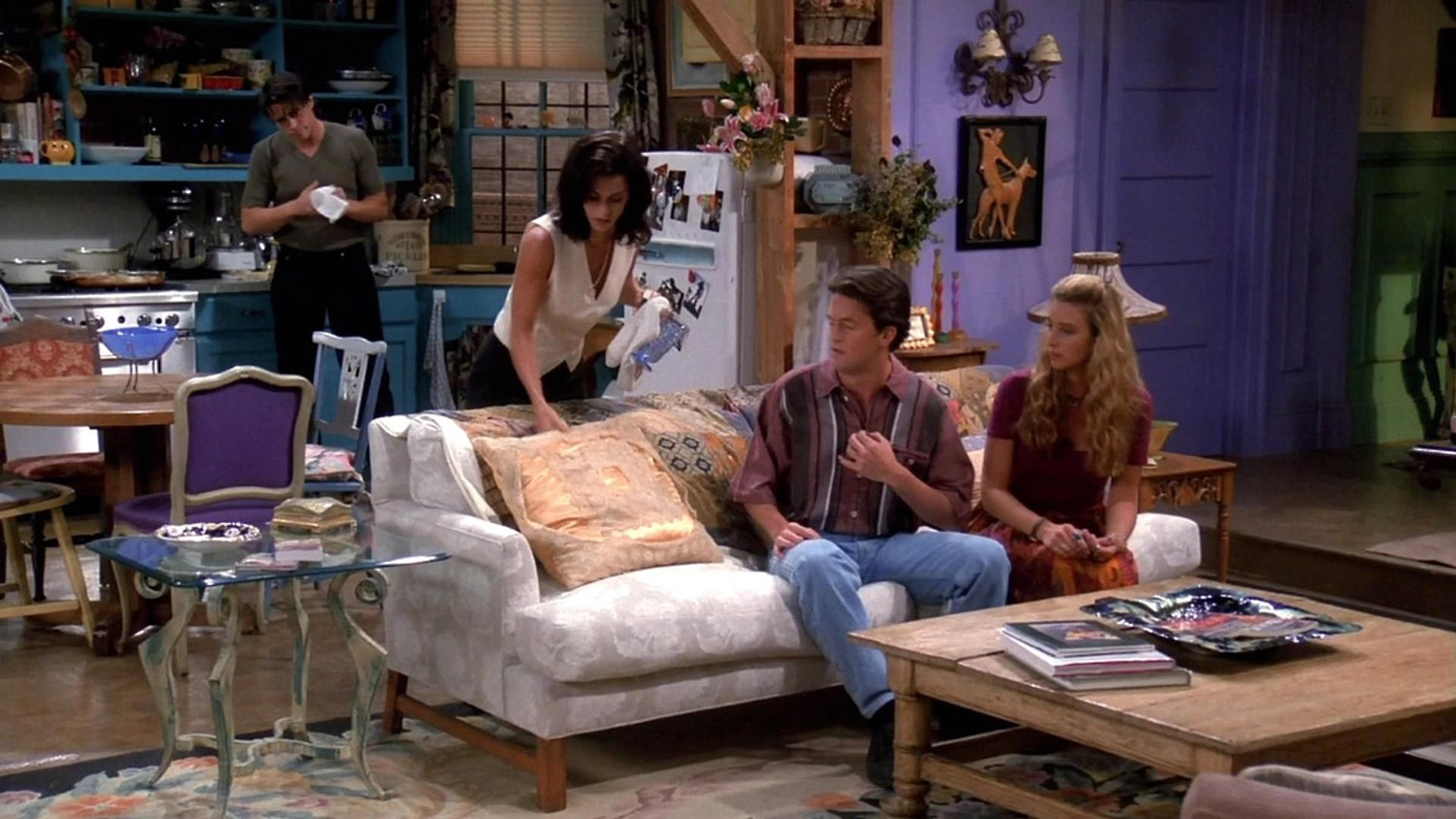 NBC’s Must See TV Thursday night lineup had some pretty iconic apartments, from Jerry Seinfeld’s neat, no-frills place to Frasier Crane’s swanky Seattle pad. Still, none is more memorable than that of Monica Gellar — and it’s likely that color choices had at least something to do with its staying power. Monica’s gigantic, yet mysteriously affordable, Manhattan apartment was painted purple — doors and all.

In the lore of the show, it was later explained that Monica’s place was a rent-controlled apartment inherited from a relative, a plot retcon made in order to justify how a chef and her waitress roommate could afford to live there. But it’s never revealed just who picked out that paint color (which is strangely similar to Ultra Violet). In real life, it was John Shaffner, production designer of Friends.

Per Shaffner, in his Great Big Story interview, about the set he worked on:

When we were presenting Friends, I presented a white model. And the producer looked at it and said, ‘Well, now, what are we gonna do about color?’ and I said, ‘I think we should paint the set purple. Everybody was really anxious about it, until I painted the little model purple.

The producers loved it, and the color stayed throughout the show’s 10 seasons.

Shaffner also designed Central Perk, the coffee shop where the gang hung out.

“And now, of course, 25 years later, there’s a coffee house on every corner,” he said. “I’m surprised how many of them have overstuffed chairs.”

Shaffner said he’s done 44 series and 68 pilots, so clearly he knows what works and what doesn’t. The video interview is only three minutes long and gives an interesting overview of the early stages of set design for a show. Check it out below: