Instagram Is the New Zillow for Some Luxury Listings 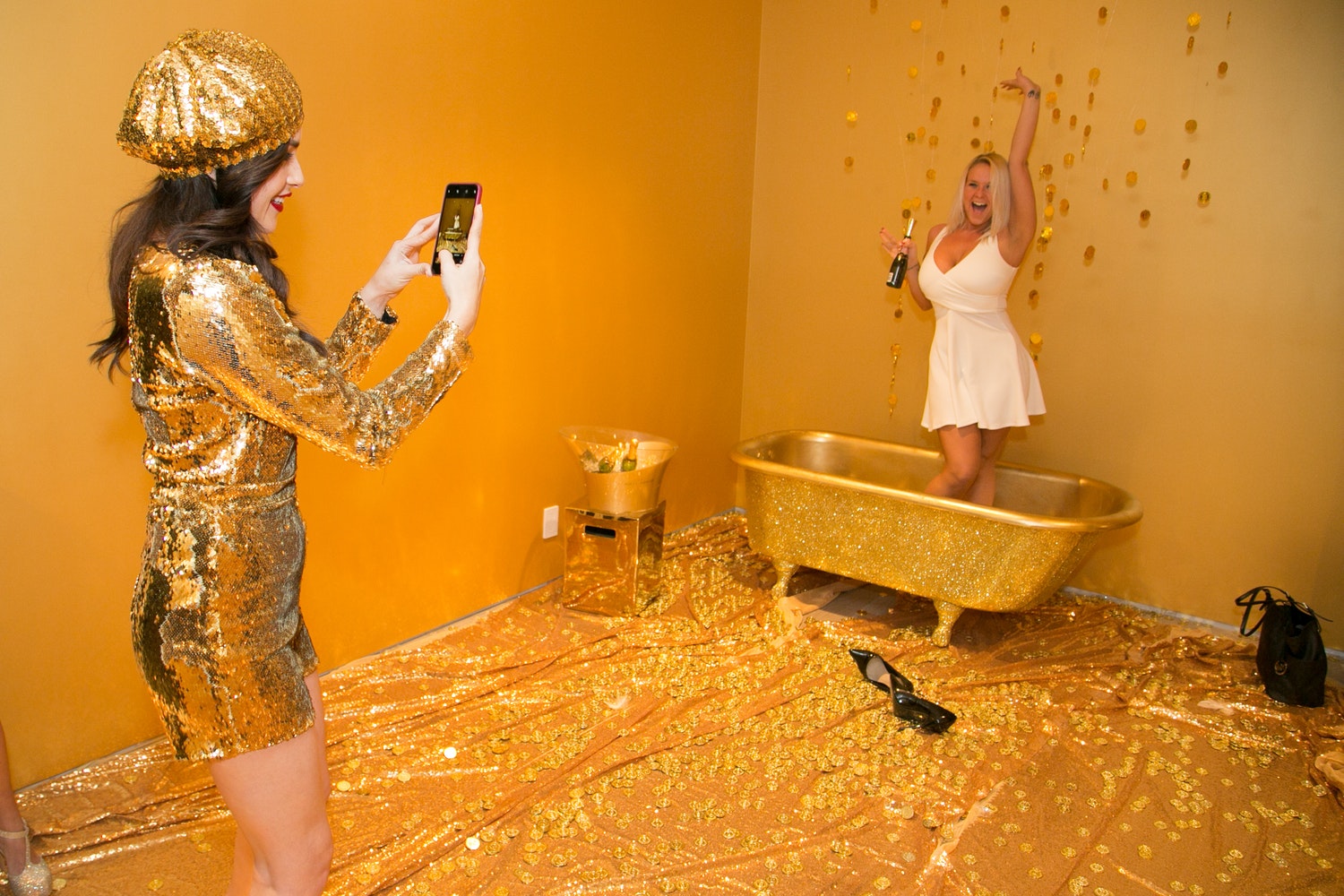 Some luxury realtors in Los Angeles and New York are apparently trying to reinvent the open house, turning the traditional Sunday afternoon walk-through into a Saturday night selfie party.

That’s according to the New York Times, which describes an event held at a 6,700-square-foot, $15.9 million mansion for sale in Los Angeles. Stocked with “professional influencers” (I’m still coming to grips with that concept) and Instagram celebrities (that too) who were paid to attend, the event was intentionally designed to be snapped and shared on social media.

Forget the usual home staging by an interior designer. Everything about the event — from the photogenic food to the rooftop dance party to the backlit pillow-fight bedroom to the gold-painted bathtub filled with plastic gold “Bitcoins” to the marijuana kingpin throne — was meant to serve as a glamorous Instagram backdrop. At the last minute, however, publicist Alexander Ali scrapped plans for a model to emerge from a giant clamshell serving champagne, because “it just wasn’t on brand.”

While home sellers on planet Earth have been debating the merits of the open house for different reasons — some don’t want strangers or curious neighbors poking around their bedrooms, and others feel it’s simply unnecessary in the internet age — these brokers and event planners just seem to consider it boring.

Ali, who organized the LA event, wanted it to “feel like less like a staid broker’s open house and more like the Museum of Ice Cream, the popular Instagram-bait pop-up galleries in New York, Los Angeles, San Francisco and Miami where guests can take pictures of each other jumping into a swimming-pool-size vat of rainbow-colored sprinkles,” according to the New York Times.

“The standard real estate open house is a yawner,” Douglas Elliman agent Ernie Carswell told the Times. “There’s only so much appetite for wine and cheese.”

Well, I beg to differ. There is no known limit to the amount of wine and cheese I would consume. I would drink all the wine in your fancy house and eat all the cheese, too, if given the opportunity.

But of course, I am not the target demographic for a $15.9 million house in the Los Angeles hills. I had never heard of the Museum of Ice Cream until now and, having heard of it, want nothing to do with it.

While an averaged-price home in Los Angeles basically sells itself at this point, those who can afford an eight-figure house comprise a much smaller and more affluent niche of humanity — one who might be swayed by a bunch of models frolicking in what could be their future home. Maybe they even like the idea of a gold bathtub, who knows — rich people can be pretty crazy.

It does make me wonder, though: In what directions might this trend go in the future, particularly in LA? For example, we all know the power of product placement. What better way to show off the livability or party potential of a house for sale than to film an episode of a popular show inside it before listing the place on the market? (It’s certainly worked for Waco, Texas.)

But the preposterous, shallow artifice of it all — something about this just screams 1987 to me — also makes me wonder if we’ve hit the peak of the luxury real estate market. And maybe of the social media age, too.