The Strange Rituals Of History&#8217;s Most Creative Minds

Standing desks might be a sham–corporate greed masquerading as a healthy lifestyle choice–but you have to give them this: They helped create some of the world’s greatest literature. Virginia Woolf wrote To the Lighthouse

using a standing desk. Her rationale? She wasn’t trying to lose weight or tame a temperamental sciatica. She liked to step away from her work and see it, literally, from a different view.

by author and illustrator Ellen Weinstein. Weinstein takes the rituals, superstitions, and bizarro habits of the brightest minds in history and packages them as clever illustrations alongside brief explanations. 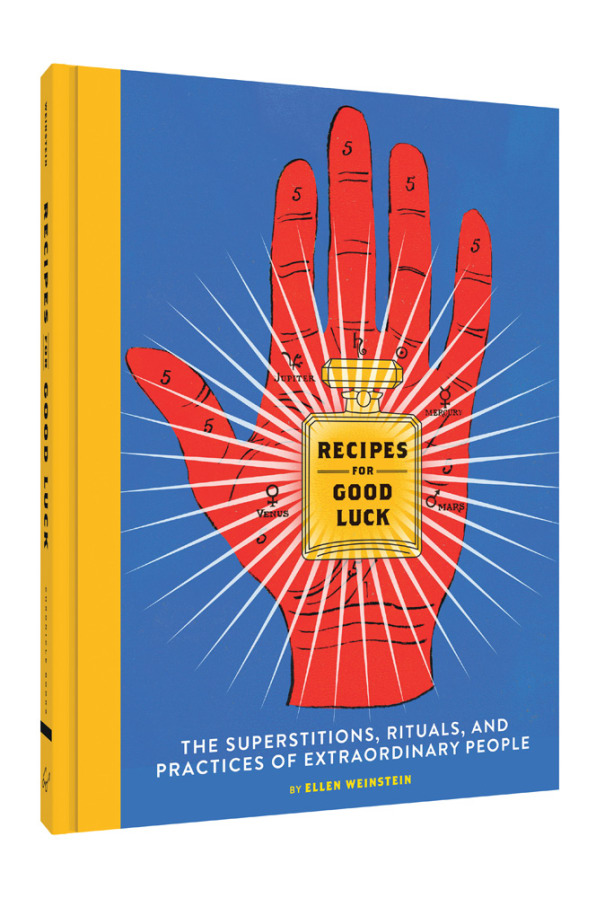 [Image: courtesy Chronicle Books]Some of the book’s stories may be familiar, especially if you read the 2013 bestseller Daily Rituals

by Mason Currey. Others less so. Beethoven counted coffee beans–exactly 60 per cup–to fuel his virtuosic writing. Charles Dickens always slept facing north, believing it improved his creativity. Picasso refused to throw out his fingernail clippings and other bodily detritus for fear of squandering his “essence.” The rituals seem odd, obsessive, mildly unhinged. But in aggregate, they’re hardly surprising. As Co.Design‘s former science columnist Eric Jaffe wrote in 2013: “The idea that very creative people are also a little crazy has been around since humanity’s earliest days.”

Indeed, there may be a link between creativity and superstition. Research suggests that creative people often have reduced “cognitive inhibition,” which means they’re good at keeping useless ideas out of their heads. Lower cognitive inhibition is also associated with people who are more likely to embrace superstition, as brain scans reveal that tamping down a supernatural thought requires more mental energy than accepting it. So the same cognitive process that makes you creative may also make you more prone to accept superstitious ideas.

Will borrowing these exact rituals enhance your creativity? Probably not. Most of them have narrow relevance to their inventors, like Michael Jordan wearing University of North Carolina shorts under his Chicago Bulls uniform for good luck. And some might even land you in jail. Benjamin Franklin’s ritual of choice was to fling open a window on the first floor of his building each morning and sit there reading or writing, stark naked.

See more in the slide show above. Recipes for Good Luck