I Rewatched the Original Trading Spaces and Here's What I Learned 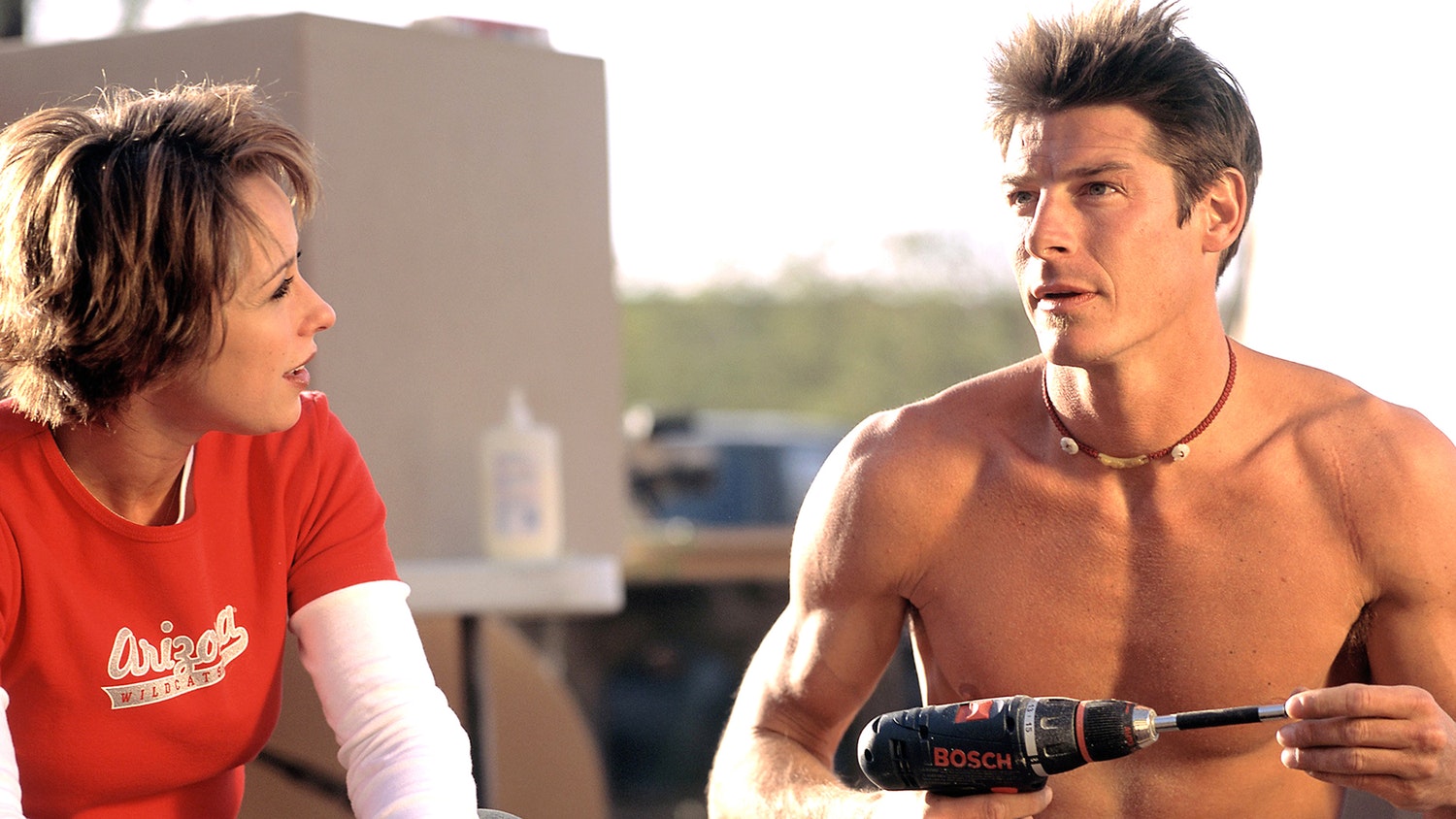 “Trading Spaces” and I go way back…like Alex McLeod back (the season 1 host prior to Paige Davis joining the show). I was but a mere high schooler with a penchant for basic cable when I first laid eyes on Ty Pennington’s puka shells and Hildi’s offensive wall treatments. The OG interior decorating reality show, Trading Spaces definitely spawned my foray into the world of interiors, but after re-watching the original series (the TLC reboot airs April 7th!), I realized there was so much more to this show than I remembered.

(FYI, in preparation for this post, I watched the season 2 episode “California: Abbeywood Lane,” which you can stream online at TLC, along with several more original episodes [clear your schedule].)

1. They Do Everything Themselves

From building custom furniture to upholstering and painting, nothing was above the cast of Trading Spaces. While it was the carpenter’s actual job to build custom furniture, the designer’s were just as hands-on. Above, designer Hildi Santo-Tomas and the homeowner sew custom curtains and pillows, while next door, designer Frank Bielec is painting a full on portrait of the homeowners’ daughter on the wall. What’s more is these room makeovers are all done in two consecutive days. I can barely finish one pillow in two consecutive weeks, so I find this timeline very satisfying.

If you watched the show, you’ll remember that when the work day is done, each designer assigns “homework” to the homeowners to be completed overnight. That’s right, sometimes they were up all night long sanding, painting, and building while the crew was sleeping. After seeing how hard the designers actually do work on this show, I’m a little less judgmental now about them hitting the road as soon as the sun went down (I was a very judgey teenager). It’s also a genius move on the part of the show’s creators, because this means the finishing touches can get done without having to pay an entire cast and crew to be there.

3. The “After” isn’t Necessarily Better than the “Before”

It’s just different. Granted, this particular episode aired in 2002, so it’s not really fair to judge a 16-year-old “after” picture. However, I remember rarely loving the final rooms unless they were by Genevieve or Vern (coincidentally the only two who went on to have notable careers in the industry). You never knew when a cringeworthy reveal was around the corner, and that’s just one more thing to love about this show.

4. The Interlude Music is So Cheesy (and I Love it)

When it comes to theme songs, Trading Spaces is like the Seinfeld of home improvement shows. It’s cheesy and 100% synthesized, but the minute those midi horns kick in I’m instantly 16 years old, lounging on my parent’s overstuffed plaid sofa, unapologetically eating an entire box of Cheez-Its without a care in the world (full disclosure: I was not as good at doing homework as these guys).

Okay, so I only have this one episode as proof, and maybe he just did it because he’s a nice guy (he is a nice guy), but the tension between Hildi and Ty in this episode is pretty undeniable. This smirky, arm-touching exchange at the carpentry tent was a definite rom-com moment that resulted (my words, not their’s) in Ty building Hildi a couple extra side tables in his spare time. Also, the tables were made out of bent rebar (Superman much?). I wondered if this was all in my head until I spied this split-second moment below on the time lapse camera.

It’s easy to forget that when the show initially aired, nothing like it existed. HGTV and the Joanna Gaines’ of the world were not constantly feeding us their deliciously addictive design programming and the internet wasn’t providing us with a wide array of affordable furniture and decor options. In 2002, everyone shopped at the same stores and basically had the same taste, so people weren’t really judging each other’s home decor as much. What this show was about was neighbors coming together to build meaningful connections and have a good time creating fun spaces for each other (whether they liked them or not).

Bottom line: While I hope to glean at least some good interior design inspiration from this new season, I’ll just be happy to see this cast reunite and have fun with real people. Tune in to TLC on April 7 to catch the new season!