The Roseanne Reboot Sourced The Sofa From (Where Else?) Craigslist

Last week, the premiere of the Roseanne reboot astonishingly landed 18.1 million viewers after the initial run ended 19 years ago. While ratings dipped somewhat in week two, it’s clear America still cares a lot about what the Conner family has been up to since 1997 (it’s already been renewed for a second season, despite the controversy that swirls around Roseanne the person). While there are some new characters and storylines, what we really want to know is, what’s changed about the house we came to know over the course of nine seasons? Here’s what’s the same, and what’s different, about the Conner house.

Apparently, it took a lot of work hunting down a ton of props to get the living room and kitchen just right from how it looked in 1997. Per Entertainment Weekly:

Every last item in the Conner household was painstakingly mulled over, right down to the pickled eggs in the kitchen pantry and pictures that hang in the hallway.

“They don’t print those (kitchen) wallpapers anymore,” production designer John Shaffner told EW. “We had a devil of a time finding a sofa.”

The sofa in question was the iconic plaid one from the Conner living room, a version of which was probably seen at some point in your friend’s dad’s den or something. Entertainment Weekly reported that the couch from the original run is housed in a TV museum, and wouldn’t give it back under terms the show could promise.

“He did offer to rent it to us, under conditions that there always be a security guard with it, it has to be in a temperature controlled environment, and it’s only used on days when we were shooting. So we passed on that,” said Shaffner. 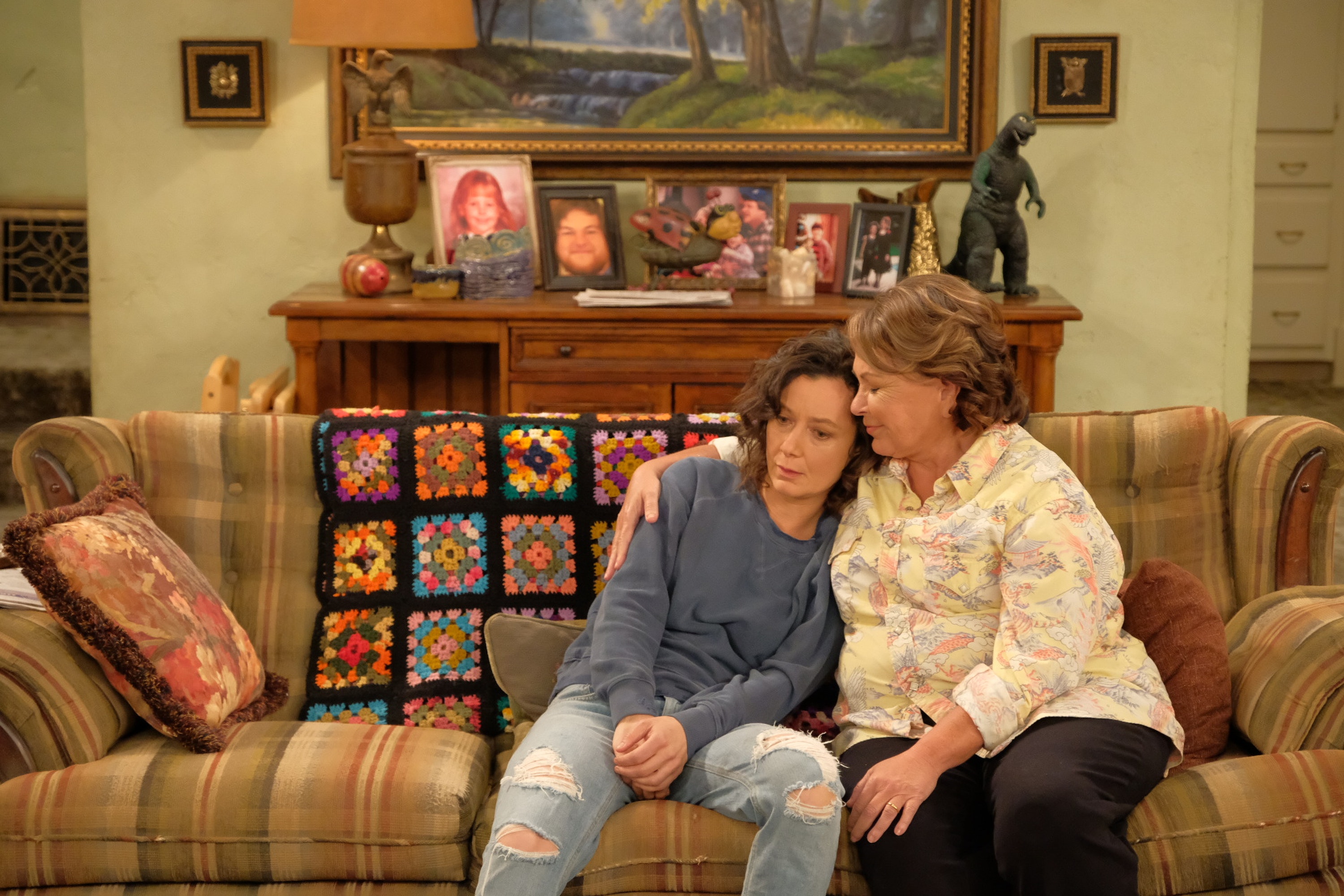 Instead, Shaffner’s team turned to the place anyone in need of a beat-up, cheap couch would go: Craigslist. Entertainment Weekly writes:

Shaffner’s team found a pair of sofas on Craigslist and actually cut one down to create the matching chair. The fabric was bought from a company that upholsters RVs. “We ended up painting out lines in the fabric in the sofa,” Shaffner said. “They did the best they could to repurpose what they had.”

Sara Gilbert, who played Darlene in the original and now serves as a show producer in the reboot, was key to finding the right paint color for the living room – a pale green. Most of the original art was created, though keen-eyed fans might remember a print of dogs playing poker that’s now missing from near the front door.

A version of the Conner living room even made its way to SXSW last month. Festival goers had the chance to sit on a couch, if not the couch, and snap group pictures. And before that, an NYC Subway car was transformed into the famous space.

2018-04-06
Previous Post: One Genius Way to Reuse All Those Takeout Sauce Packets
Next Post: The IKEA Storage Piece We Spot Over and Over Again (It’s Under $100!)