Trading Spaces comes back bigger than ever on Saturday, April 7 and the cast is making the rounds on many a talk show to remind us all (not that we really need it—we’ve had a calendar alert since January). Here’s a preview of what they dished up with Rachael Ray. 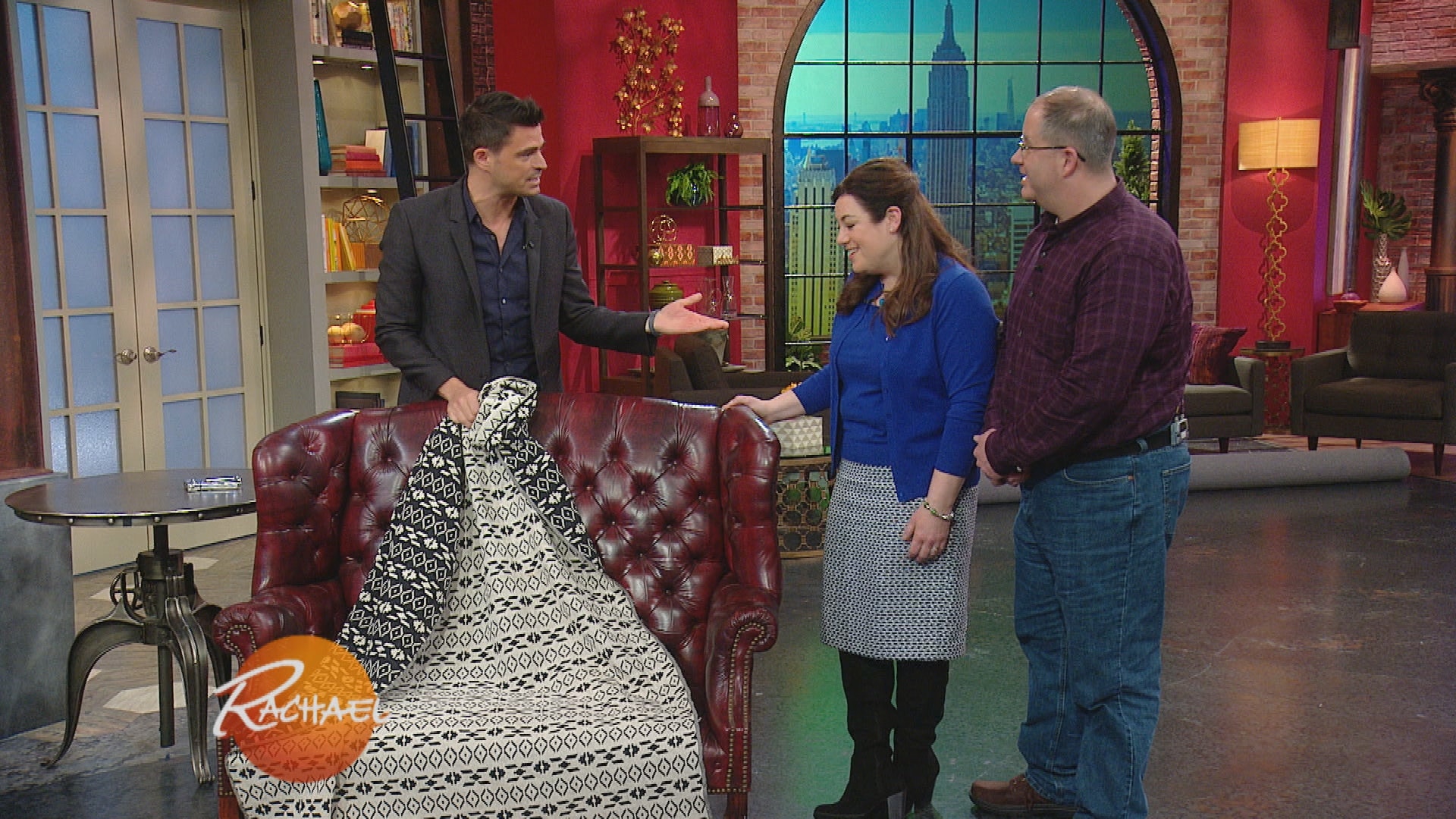 Friday’s episode is totally devoted to Trading Spaces, and OG cast Paige Davis, Ty Pennington, Genevieve Gorder and Doug Wilson are there for the hour along with new designer John Gidding (who’s been a regular on Rachael’s show for many seasons).

They answer audience members’ design dilemmas with in-studio demos, chat about the original run (Paige once lost a set of keys!), and Genevieve even catches up with a homeowner from the original series who was not a fan of her design.

Genevieve designed an Asian-inspired room (it had rust on the walls—quite memorable) that the owner, Nancy, has largely reverted back to its original look – though she has kept mementos like the obi that inspired the design, and the official Trading Spaces shirts she and her husband wore.

See her reaction in the last clip in the video below:

Check showtimes for Rachael Ray in your area to catch the full episode on Friday, April 6 in advance of Trading Spaces’ return to TLC Saturday, April 7 at 9/8c.

And bonus! The cast is on TODAY today chatting with Hoda and doing DIY projects, so there’s no shortage of Trading Spaces content this week.

2018-04-06
Previous Post: The New AERIN x Williams Sonoma Collection
Next Post: Before and After: This Small Hallway Gets a Massive Makeunder