Before and After: A Remarkably Cozy &amp; Minimal London Remodel 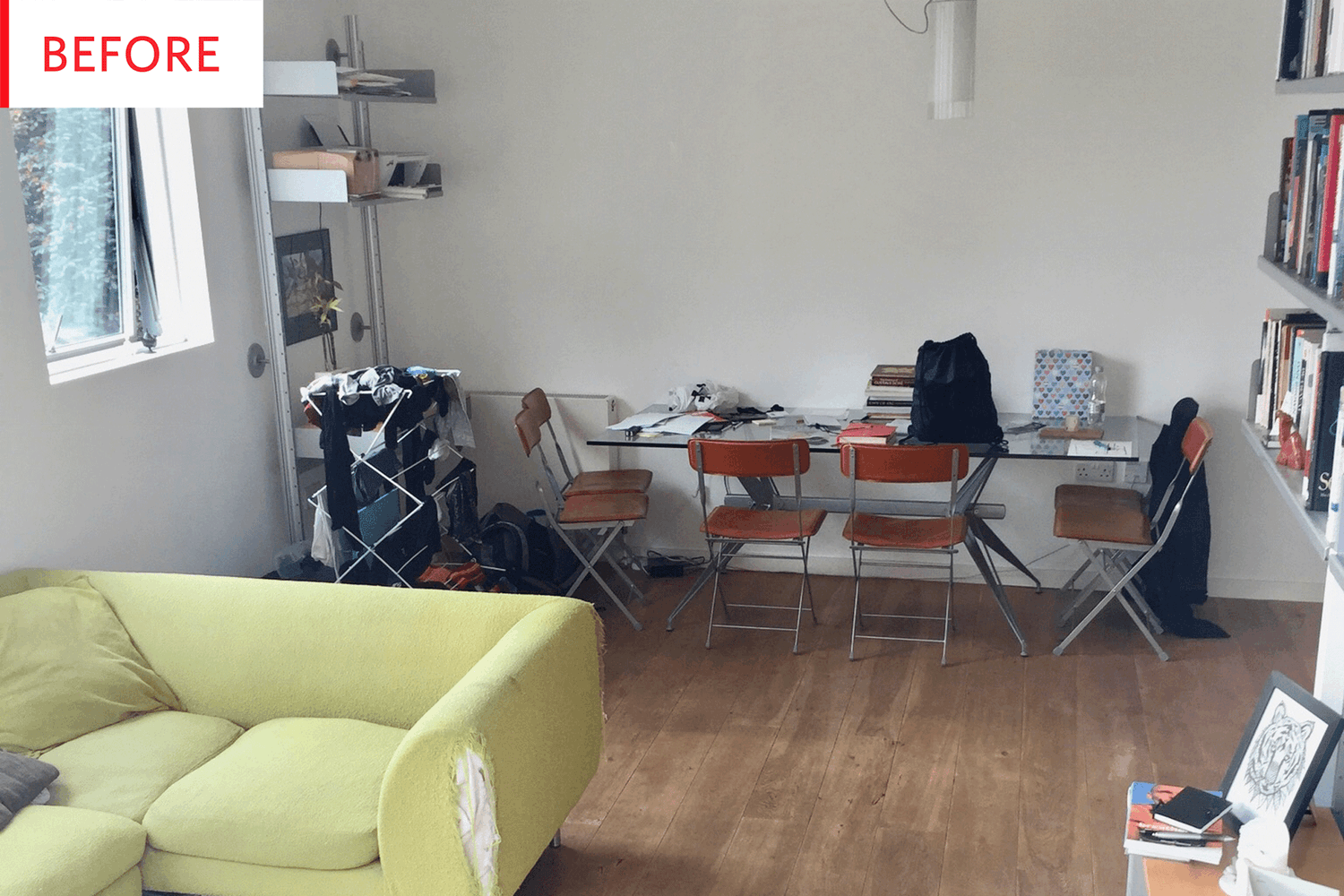 Aldo and Zane had already been living in the Borough Market area of London when they fell in love with the city, so it made sense they’d want to buy in the same neighborhood. In fact, an apartment—”a characterful warehouse conversion on a quiet street near Borough Market”—caught their eye. When they got the opportunity to purchase it in 2016, they took on the remodel of a space with great light… but in need of an upgrade.

“The apartment offered a generous amount of natural light and outdoor space, both rare commodities in London. It had been a rental property for almost a decade, so was in a sorry state and in desperate need of attention; particularly in relation to the layout, which didn’t make the best use of the space.”

“The existing hardwood floors also needed some attention so were sanded and re-varnished. A key factor during the work was to build hidden storage throughout the apartment to allow the open areas to remain uncluttered.”

Two extra Knoll Bertoia Side Chairs in white live in the guest bedroom, ready to be moved over to the dining table when they entertain guests.

“It was a considerable amount of work so we sought the advice of an experienced friend who helped find the right tradespeople for the job. Aldo’s background in architecture, combined with Zane’s project management skills, provided the drive for getting the design conceptualised and project planned.”

Thank you Zane and Aldo!