I want to tell you about a secret place. A magical place. A place called Instagram in 2010. People posted photos–of their pets, their food, their adventures–and you just flipped through them as an escape from everything terrible in your life. Crucially, there were no ads or attempts at monetization. It was just pure visual bliss. Only about two years ago did I learn that Instagram wasn’t still like this for most people.

That’s because on my Instagram I don’t see ads. Even after upgrading my iPhone. Even after switching to Android. Even after Instagram got rid of the reverse chronological feed and added its self-destructing stories. I have all the new features, just none of the baggage that comes with them.

[Screenshots: courtesy of the author]When I realized that my experience was not common–and, in fact, that other people needed to squint through the ads to see posts–I figured it was because I wasn’t using Instagram hard enough. Maybe I was just an aging millennial not worth the effort of bra ads (I’ve heard from my female colleagues that there are a lot of bra ads). After all, I was still using Instagram in friends and family mode, and so I only followed a few dozen people. As sweet as my ad-free Instagram was, the idea that I wasn’t even worth being targeted made me feel a bit lame–it coincided with the birth of my first child and a sudden penchant for dad jeans.

So I challenged the algorithm by following celebrities, meme accounts, and even brands. Still, no ads. I think maybe I saw an ad or two, circa 2015? But nothing I could do as a user created ads on my feed. Eventually, I just forgot that my Instagram was different. After all, Instagram A/B tests everything on its service, just like Facebook. The most probable explanation is that I’ve hit the jackpot. I’m one of a lucky few who don’t see ads as some sort of control group, for now at least. Why question a blessing? (Instagram declined to comment on said blessing, anyway.)

Amidst the Trump era on Twitter, and the Russian reckoning at Facebook, though, I realized something: Instagram has become my digital refuge. Other platforms were no longer a means to unwind on the couch, because they carried a perpetual burden of their own politics. Instagram remained the perfect bubble to tune it all out, a piece of the old internet, before we were ad-targeted and hot-taked to death.

In turn, I’ve begun to wonder, what would I pay for this experience? And would I pay to go ad-free on my other services, too? In many ways, and to many people, Instagram is sort of a perfect permutation of Facebook itself. And if it’s ads ruining Facebook, might we buy our way out? It’s been proposed by a lot of people. In fact, Sheryl Sandberg recently went on record with NBC saying, “We don’t have an opt-out [for ad targeting] at the highest level. That would be a paid product,” though she never detailed if Facebook would offer such a product, or what a subscription would cost. And Zuckerberg has stated pretty clearly just this month that he believes a free Facebook, driven by ads, is the only tool that can bring the service to everyone.

Some analysis, however, helps us speculate. While Facebook doesn’t break out revenue specific to Instagram, the company does detail its revenue on Facebook itself. Facebook currently makes $26 per user, per quarter, in the U.S. and Canada as of Q4 2017. That rate is $7 higher than the same time last year, and about double what Facebook was making off users in 2016. Assumably, the per-user revenue for Instagram and WhatsApp is much lower than that, though, so I have little to no clue what I’d have to spend to go revenue-neutral on an Instagram feed. 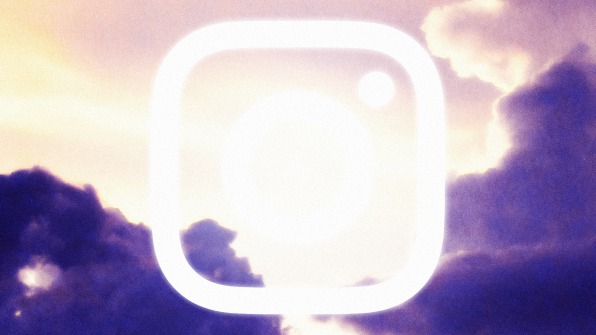 [Source Photo: Vinícius Henrique/Unsplash]Would you or I pay $104/year, or $8.60/month, for Facebook? Keep in mind, its revenue has been growing at an incredible rate –so to appease Wall Street, those prices might go up, too.

Does that sound like a lot or a little? My mind oscillates back and forth. Given that Spotify costs $10/month, and Netflix currently costs $11/month, I guess I’d fork over about $9 for Facebook, but I would certainly be grumpy about it. And I’d drop a few bucks to keep my ad-free Instagram feed if it came down to it, too. Though surely, that’s not so realistic for 2 billion other users that have adopted Facebook around the globe–which is really the problem with a hypothetical discussion like this, or wishfully thinking that Facebook would let us buy our way out of its data-tracking initiatives. Privacy should not be a privilege.

In the meantime, it may be of little solace, but I can confirm that social media without the ads really is an entirely different experience. Not simply because there is less visual noise vying for your attention (and your dollars), but because now, as we all come to terms with the consequences of deep user profiling, those targeted ads are the perfect, omnipresent reminder of everything we’ve given up to connect with our family and friends online: our privacy, and our democracy.