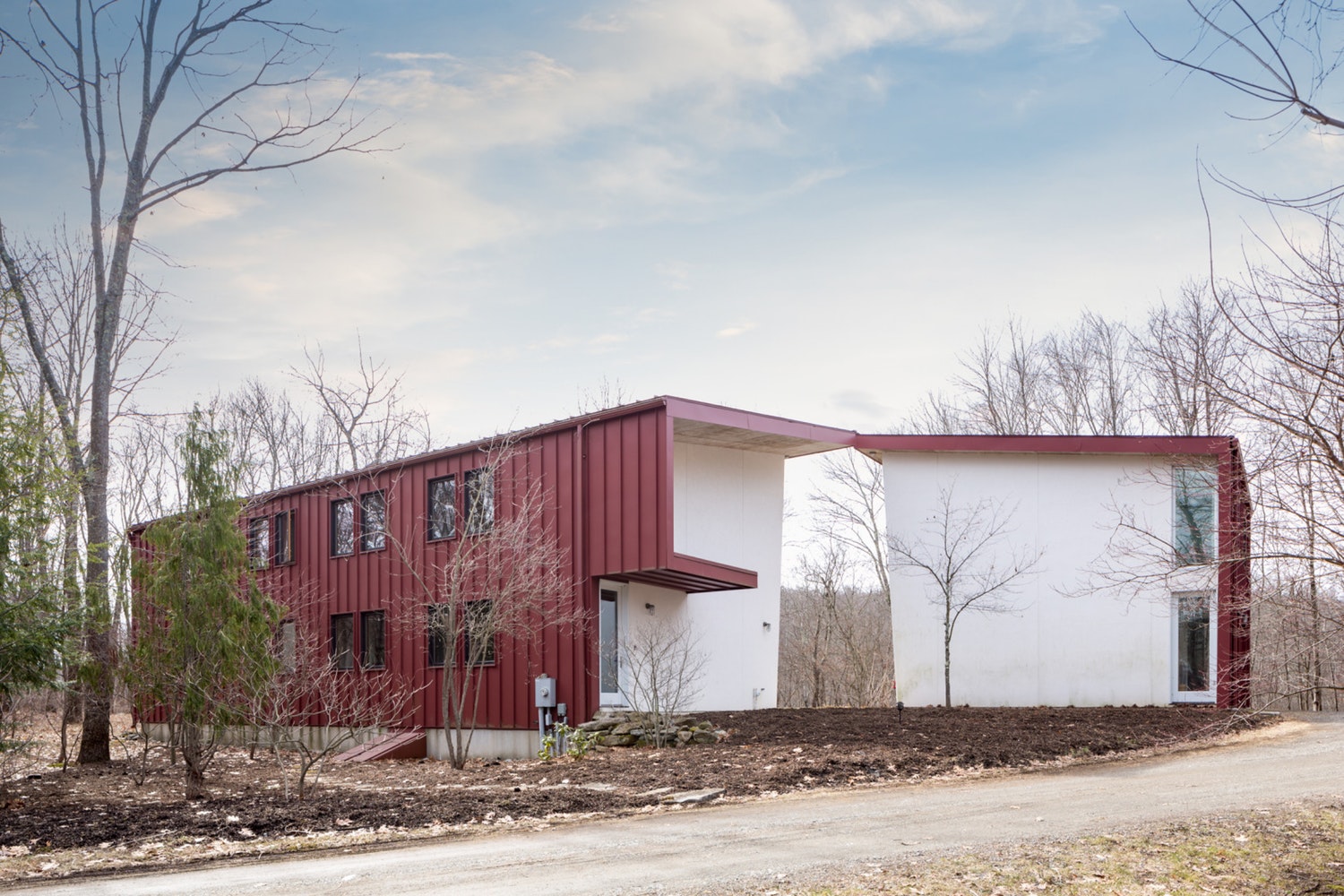 Fleeing the city for views of trees instead of skyscrapers doesn’t have to mean leaving behind a love of streamlined, forward-thinking design. This Connecticut escape offers a respite from the city and the chance to live like an architect.

Things we love about this property crush:

There’s the way that architects design for their clients, and then there’s the way they design for themselves, which often entails edgier, more experimental design and building elements like concrete and plywood. That’s exactly what a Brooklyn-based architect did when she built this unusual retreat as her own home in 2005, including massive windows to take in the property’s eight-plus acres of gorgeous wooded land.

It’s clear that the home was thoughtfully designed to reflect how people want to live, and to that end, the semi-open concept main building has two bedrooms on the first floor and a peaceful second-floor master suite with a shower and soaking tub that offers more unobstructed views.

Perhaps the home’s coolest feature (at least if you frequently host friends or in-laws) is the separate apartment above the two-car garage in the second building. The roughly 600-square-foot space that includes a sleeping alcove, kitchen and bathroom, plus laundry, a gas fireplace and even a balcony.

Are you on the house hunt, or just the type of person who loves browsing real estate listings, even when you’re not in the market for a new home? Property Crush is a column where we feature actual real estate listings that get the Apartment Therapy seal of approval in regards to style (we haven’t done home inspections or anything, so don’t sue us).