See 5 Houses That Architects Built For Themselves

The spaces that architects design for themselves are testaments to their personal style. It’s the one situation where the architect is their own client, free to make their own decisions–leading to homes that are experimental, beautiful, and above all, utterly unique. 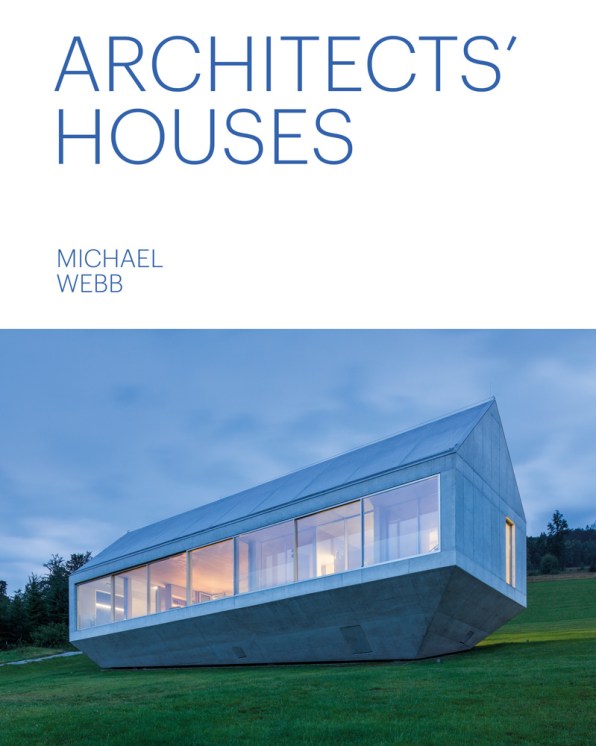 [Photo: courtesy Princeton Architectural Press]In a new book called Architects’ Houses, the Los Angeles-based architecture and design writer Michael Webb explores some of the most beautiful primary and secondary homes that living architects have designed for themselves.  From South Africa and Spain to upstate New York, the homes in the book are scattered around the world but reflect intense creativity and connection with place. But while the houses are all singular, Webb points out several similarities between them all. “Inspiration comes from art, nature, or other architects,” he writes in the book’s introduction. “There’s an emphasis on the elemental: transparency, mass, and void; raw surfaces enlivened by the play of light and shade. There’s a free flow of space within, and an openness to outdoors, even in cold, wet locations.”

Here are five of the most magnificent examples of how architects translate their history, style, and spatial intellect into their own homes. 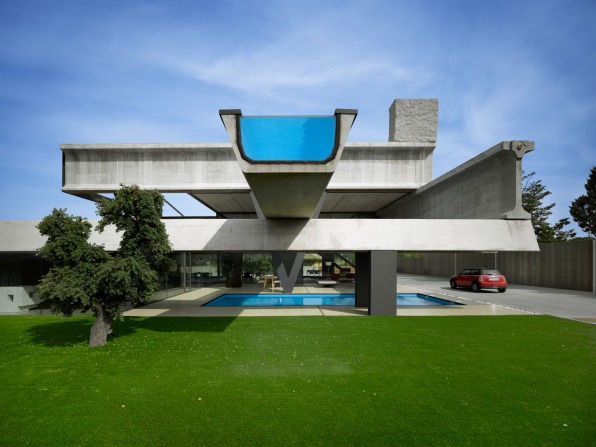 Husband-and-wife architects Antón Gargía-Abril and Débora Mesa split their time between Madrid and Boston, where they teach at MIT. The house they built for themselves in Madrid, called the Hemeroscopium, is a testament to their philosophy of using prefabrication to create affordable housing that’s also striking to look at. Built on top of a former tennis court, the Hemeroscopium is made out of massive concrete beams that the duo obtained from a factory that makes such structural members for civil projects.

The house itself is a balancing act: it took the architects’ in-house engineer at their firm Ensamble Studio a year to complete the calculations, but the underlying structure was put together in just seven days.

“It started as a research project–an opportunity to realize an experiment that was in our heads,” Mesa says in the book. “We wanted to explore the logistics of creating a structure in which beams would be stacked asymmetrically to achieve a balance.” 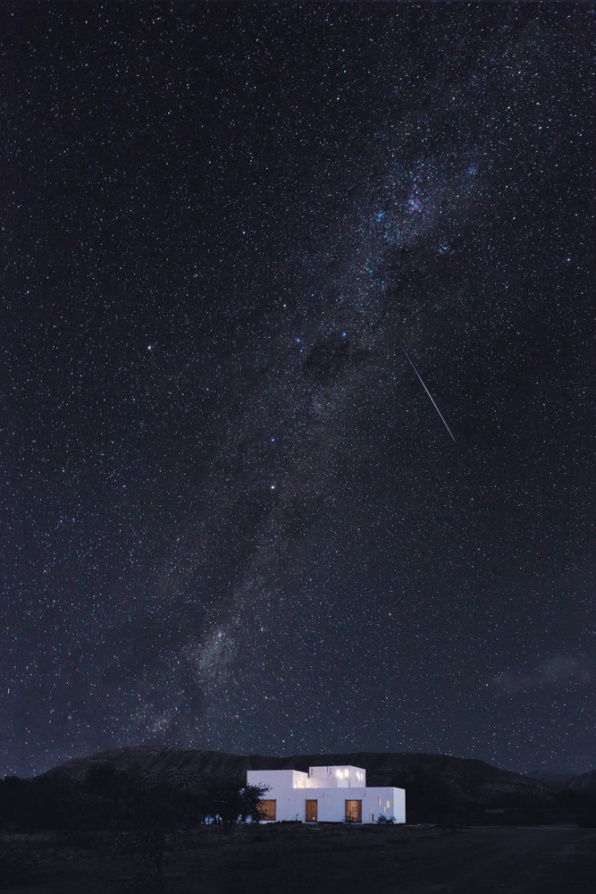 Architect Jennifer Beningfield is originally from South Africa, but she spends most of her time in London running her firm Openstudio Architects. Because of the expense of London real estate, Beningfield is accustomed to working within severe constraints. But when she and her husband bought a property in her native country, Beningfield was able to build exactly what she wanted–while fulfilling her artistic vision.

Her checklist for the house goes from practical features to a deeper vision of architectural space: “a tower, a star-gazing terrace; a long pool in a garden; a cathedral space; ambiguity of inside and out; fun is important; strange scale; not an object.”

The final house is a boxy addition to the landscape that blends in despite its modern shape. The interiors are mostly neutral colors and the entire house was built using local materials, with brick walls that are finished with lime-washed plaster and concrete beams. The thick walls and windows of varying sizes and heights help regulate heating and cooling in the desert’s extreme temperatures. 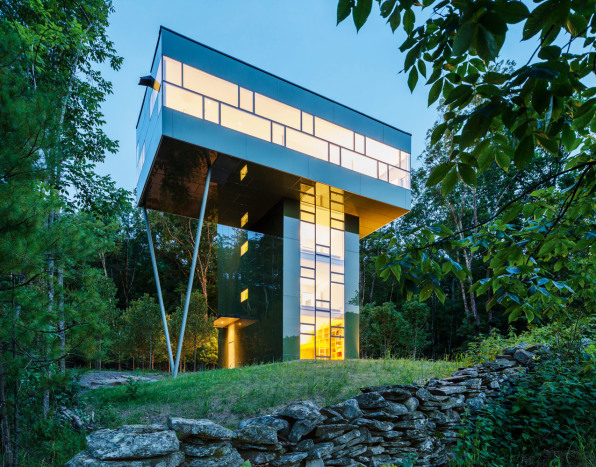 The Tower House lives on the edge of Catskill State Park in New York State. Designed by Peter Gluck and his son Thomas, who both work for the family architecture and construction firm Gluck+, the house is meant for guests. It has small bedrooms stacked on top of each other in a central tower, with a long living space on top that offers panoramic views of the forest.

But it was also built as an experiment with materials and structure: the guts of the house are made of both steel and wood; the large cantilevered living space is supported with two V-shaped columns; the stack of bedrooms in the house’s core are the only parts of the house that need to be heated when it’s empty, which saves energy. While not many people would think to site such a tall home in the middle of the forest, the design manages to fade into the backdrop. The glass surfaces, far from feeling industrial, reflect the forest instead. 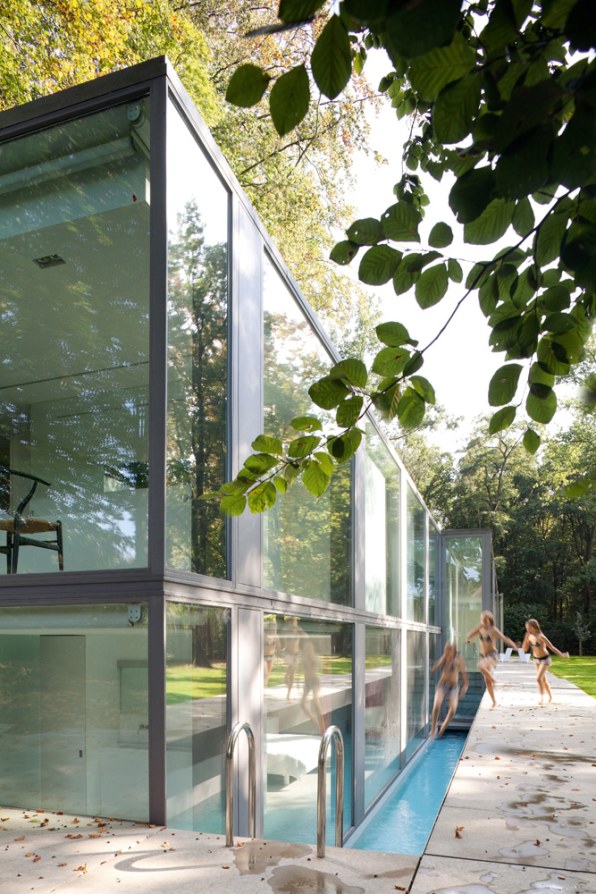 Bruges-based architect Benny Govaert is a minimalist–his houses and apartment buildings are blocky, simple testaments to Richard Neutra and Mies van der Rohe, who he counts among his heroes. So when it came time to design his own house, Govaert and his wife naturally decided on purity and simplicity. The final house, called Villa Roces, is an industrial structure with a glass facade. There’s a lap pool sunken into the ground that’s partially inset into the base of the house.

“It had to be a horizontal block to play off the verticality of the trees, orienting to face the forest and away from neighboring houses,” Govaert says in the book. “I wanted a repetitive, industrial structure, and that translated into a glass pavilion set against a boundary wall to pull in plenty of natural light but give ourselves privacy.”

In other words, Villa Roces is a minimalist’s dream. 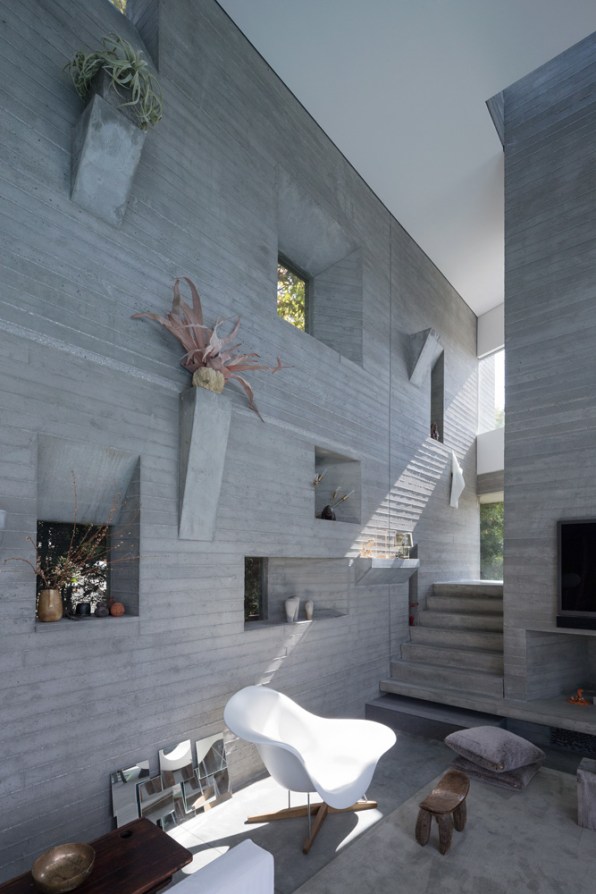 Baan Naam, Venice, California (Kulapat Yantrasast). A Thai-born architect mastered the art of concrete construction and put it to good use on the rear wall of his own house. [Photo: Iwan Baan/courtesy Princeton Architectural Press]

A Venice, CA House That Echoes Its Architect’s Childhood Memories In Thailand

Architect Kulapat Yantrasast grew up in Thailand, where traditional houses made of connected platforms are raised above the ground as protection against floods and wildlife. The home he designed for himself in Venice, California, mimics this structure, with an open ground floor that looks out onto a pool. The rest of the concrete house is built on top of narrow columns, with lots of terraces and windows.

Yantrasast calls the house “Baan Naam,” which means water house in Thai. With the pool at its base, he likens the design to a cave opening onto a river. “Water is a symbol of nature, and when we are in it, it becomes our skin,” he says.