The Rise Of Green UX

That’s the question Mozilla attempts to answer in its annual Internet Health Report. The 2018 edition, released this week in a multipart interactive story, finds plenty to be optimistic about, like inclusive communities and improved security practices. But it also finds plenty to be troubled by–like censorship and harassment. And in one one of its chapters, it sounds the alarm about the enormous carbon footprint of the web.

If it were a country, the web would be on track to become the fourth largest CO2 emitter on Earth after the U.S., China, and India. While the environmental cost of cryptocurrency mining, e-waste, and data storage has been widely publicized, there are less obvious ways our behavior online is feeding the internet’s endless hunger for energy–including how apps and websites are designed. 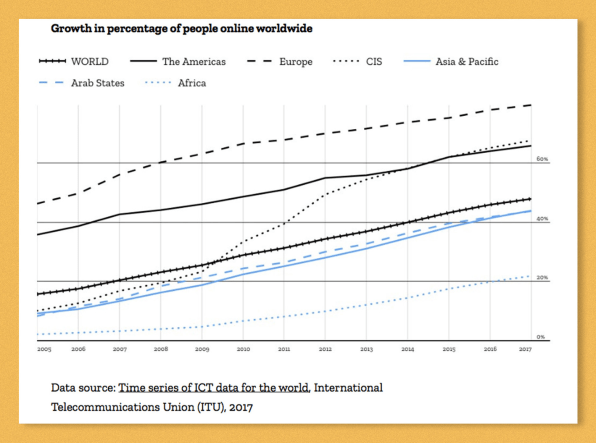 [Image: Mozilla]Take Alexa. When you ask her to turn on the lights rather than flipping the switch yourself, you begin “a chain of reactions beyond your home, from one data center to another, as information travels back and forth,” the authors explain. Yet, “we rarely consider there is an energy expenditure beyond what shows up on our own bills for electricity and mobile data.” The internet of things’ quest to stamp out every last bit of friction from everyday life sucks up vast amounts of energy by design.

The report also calls out web design itself, pointing out that sustainable thinking extends to the way websites and apps are designed. It directs readers to Sustainable Web Design, an online introduction to techniques for designers to minimize the footprint of their digital products. That includes optimizing photos and videos to consume less processing power on your page, but it also deals with usability–because every time a person has to dig through a poorly designed site, they’re using more energy. Sites that are clear, concise, simple, and light on extraneous images and code are both better for the environment and better for the people using them. User-centric design, it seems, is good for the planet.

In fact, “sustainable UX” or “green UX” has slowly gained traction in recent years. In 2016, O’Reilly published Designing for Sustainability, a guide by Tim Frick for building greener digital products. Meanwhile, the group SustainableUX (tagline: “design in a warming world”) has hosted an annual virtual conference on the topic since 2016. 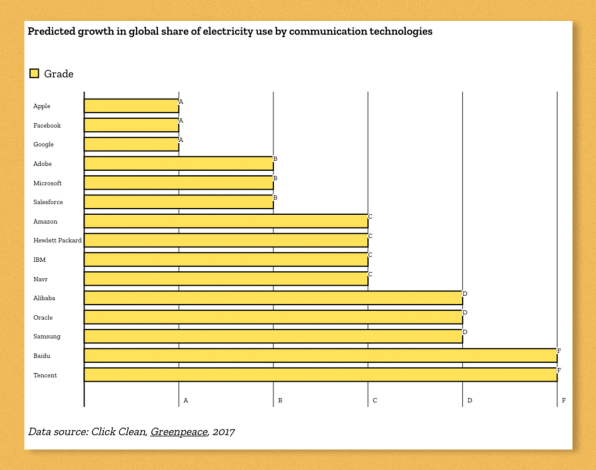 [Image: Mozilla]Each edition of the conference is archived online for anyone interested in reducing the footprint of their digital practice, and they’re well worth a browse. In one talk from the 2018 edition, Zillow software engineer Amanda Sopkin talks about how to reduce wasteful “digital clutter,” from keeping your cloud storage organized to deleting files when you no longer need them. This Kondo-style advice holds especially true for designers, whose files tend to be heavy and storage-intensive. Another fascinating talk, from 2016 features Manoverboard‘s Andrew Boardman critiquing the home pages of top news websites like the New York Times for digital bloat, from ads and tracking codes to pieces of javascript with mysterious functions.”By being so weighty and so popular, they represent a large portion of the served web and fossil fuel usage,” he writes. But Boardman makes another point: Making these home pages lighter and less cluttered with extra images and tracking codes makes them easier to access and read.

2018-04-12
Previous Post: How to Use LinkedIn to Find Your Next Job
Next Post: Converse JW Anderson toy pink