The Secret History Of Russia&#8217;s Most Recognizable Brand

Much of the design from the Soviet Union is lost to history, simply because no one was keeping tabs. There were many designers employed by manufacturers as “artistic engineers,” but the words “design” and “designer” were actually banned for much of the Soviet Era. 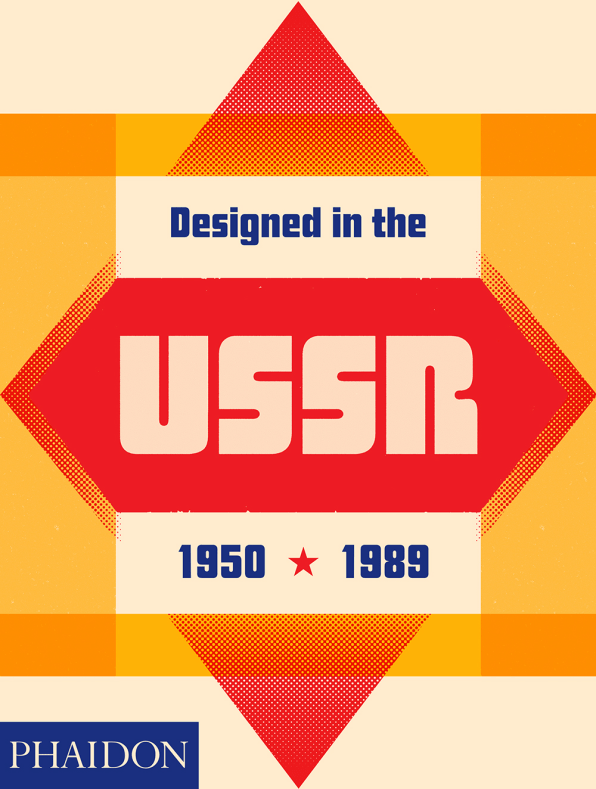 [Photo: courtesy Phaidon]But a new book attempts to preserve the history of design in the Soviet Union from 1950 to 1989, both in consumer products and government-issued propaganda. Among the knock-offs of American products and socialist realist packaging design, one theme  dominated much of the era’s aesthetic: space.

“You can’t imagine the number of objects that were called Sputnik,” says Alexandra Sankova, the curator of the Moscow Design Museum who put together Designed in the USSR, which will be published by Phaidon this month.

Symbols of space–and Russia’s supremacy in the Space Race with the United States–dominated textiles, household goods, and toys, not to mention books, movies, and music. One image in the book depicts the packaging of the Sputnik wind-up shaver, which was manufactured by the Leningrad Patefon Factory in 1968. While the shaver is front and center on the box, there are several rockets flying in the background–as if the connection between shaving and space is perfectly obvious. 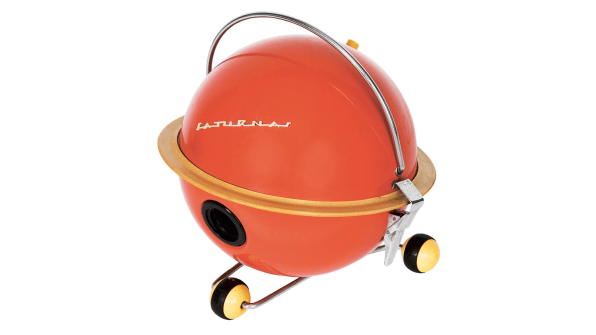 Saturnas vacuum cleaner; 1962–70s; manufactured by the Welding Equipment Plant. [Photo: © Moscow Design Museum/courtesy Phaidon]The tenuous relationship between the space imagery and the device’s function isn’t isolated to packaging. A vacuum called Saturnas, which dates to the mid to late 1960s, is literally shaped like Saturn. The device, which takes the form of a sphere, was modeled after the American Hoover’s Constellation vacuum cleaner from 1955. But the Soviet version included a ring around the middle, giving the vacuum a space-age twist. The aesthetic also extended to home decor, with a nightlight shaped like a launching rocket, and food packaging, with multiple types of sweets decorated with yet more rockets shooting off into space.

One of the most fascinating space-age designs in the book is a confectionary tin from the Krasny Oktyabr Chocolate Factory in the 1960s. Its backdrop features a starry night sky and the customary Sputnik-shaped rocket emblazoned with the hammer and sickle, but it has some unlikely stars: the dogs Belka and Strelka, who the Soviets launched into space in 1960 and did a full orbit of Earth. “A funny thing is that dogs–the first cosmonauts–they’d be everywhere,” Sankova says. “They were superstars in the Soviet Union. A whole institute was producing these dogs as toys for children.” 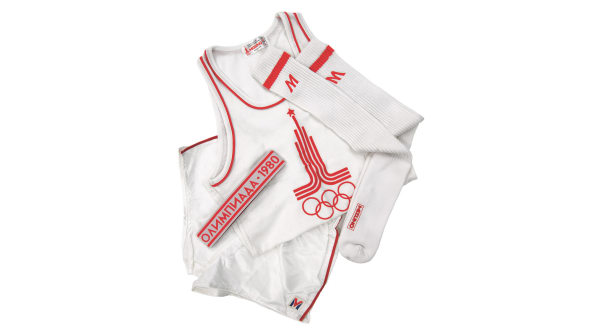 Athletic uniform for the Torch Relay; 1980; designed and manufactured by Mizuno; Japan. [Photo: © Moscow Design Museum/courtesy Phaidon]Rockets even made their way onto the uniforms for the 1980 Olympic games, solidifying the emblem as a symbol of the country. The book includes the uniform for the Torch Relay, an all-white outfit with a stylized image of a spaceship on the front with a star at its tip, underlined by the Olympic rings. The reserve lamp for the Olympic flame has the same logo, which was designed by the students of the Vera Mukhina Arts and Crafts School in Leningrad under the guidance of designer Boris Tuchin. The fact that Sankova even has this information is evidence that by the 1980s, design was more established as a field in the Soviet Union.

Sankova started the Moscow Design Museum in 2012, and the book codifies some of the treasures of the new museum’s collections–both space age and otherwise. “The Soviet Union collapsed and now no one remembers what was there and who was responsible for design,” she says. “We have to preserve and study whatever we have.”

Even today, space remains a powerful tool for branding. Three of today’s most powerful business moguls–Elon Musk, Jeff Bezos, and Richard Branson–have all invested in getting to space. Literally transcending our planet to explore the stars is a powerful aspiration–one that will inspire us, and empower brands, for generations to come.