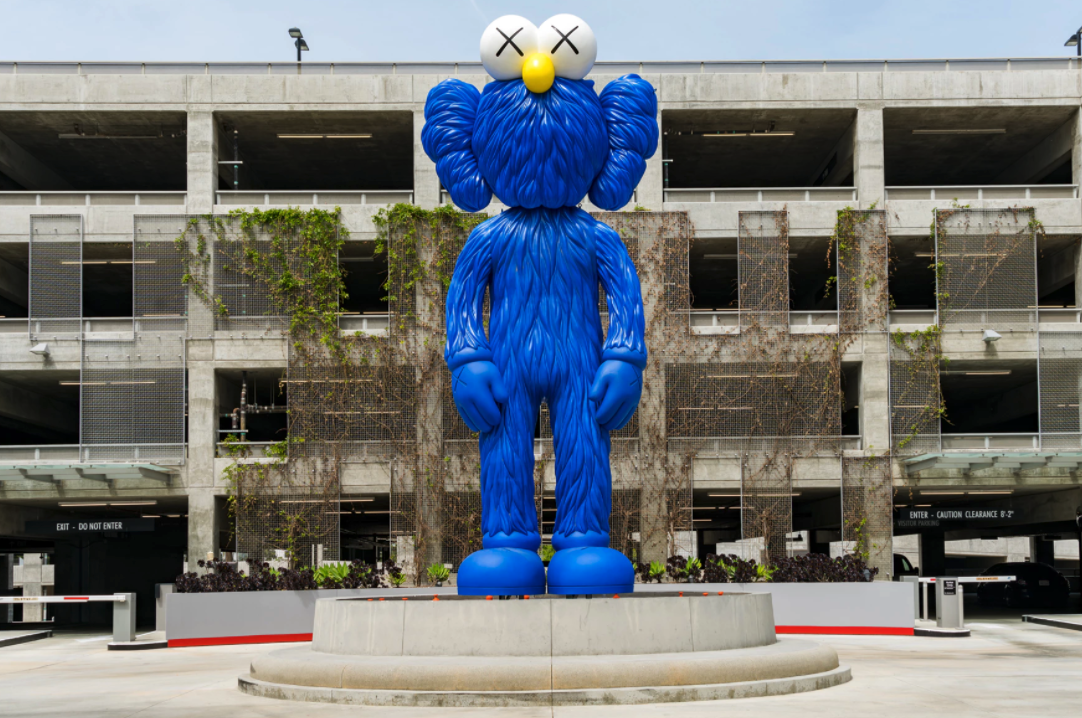 KAWS is the renowned Brooklyn based artist whose practise includes painting, sculpture, printmaking and design. He is considered one of the most relevant artists of a generation. His influential work engages people across generations with contemporary art and especially opens popular culture to a young and diverse audience.

His work possesses a wry sense of humour and a singular vernacular marked by bold gestures and fastidious production.

KAWS aka Brian Donnelly got his start as a teenager. He would pay $1 to take the train from New Jersey to New York City to leave his KAWS tag – the somewhat random letter he chose because he liked how they looked together. He later began tagging street advertisements with playful, cartoon-like figures.

In 1999, after graduating from New York’s School of Visual Arts with a degree in illustration and working briefly as a background painter for animated TV shows like Doug and Daria, KAWS made a life-changing trip to Japan. There, he created his first editioned toys, a series of Mickey Mouse-like Companions in three colours. These characters also made their way into paintings, which have become extremely sought after. His style and use of vibrant colours are often compared to the work of Japanese artist Takashi Murakami.