Finn Juhl was one of the most influential Danish designers of the 20th century and closely associated with the Danish Modern concept. He was the first Danish furniture designer to be recognised internationally. Juhl was widely known for his furniture design and product design, with a lesser but excellent reputation for architecture and interior design.

From 1930 to 1934, he studied architecture at the Royal Danish Academy of Fine Arts, where he worked for some years in the architectural practice of Vilhelm Lauritzens.

He was appointed to the staff of the Frederiksberg School of Interior Design in 1944. He opened his design consultancy in Copenhagen in 1945. At this time, he emerged as a noteworthy furniture designer, respected for his rejection of Kaare Klint’s designs’ practical anonymity in favour of a more individual artistic approach.

In the late 1930s Juhl began design furniture primarily for his personal use. In producing a range of very sculptural furniture pieces, including the upholstered, organic, but light in appearance, Chieftain armchair of 1949, he worked closely with the cabinetmaker Niels Vodder.

The NV-45, or Model 45, was one of his most beautiful furniture pieces. In 1945, he designed the chair by freeing the frame’s seat and back, which broke with the traditional chair design idea. Upholstered in leather (or fabric), the chair has lovely curved armrests and sloping back legs made of high-quality teak that show Juhl’s attention to detail. Juhl developed numerous constructional techniques for teak use, which led to widespread use in Danish furniture.

He developed several series of seating designs during this and the next decade, using metal frames and the more dominant wood material. Juhl also produced a wide variety of products for Grand Rapids’ Baker Furniture in the United States (1949–51) and designed wooden furniture for mass production for the Danish company France & Son in the late 1950s.

The Trusteeship Council Room at the United Nations Headquarters (1951) and a room at the Kunstindustrimuseum were among his best-known interior designs (1952). However, Juhl’s innovations were not limited to furniture and interiors, as he was also commissioned to design IBM typewriters, General Electric refrigerators, Bing & Grøndahl ceramics, and Georg Jensen glassware. He received several design awards, including five Milan Triennali Gold Medals in 1954 and 1957, and the 1964 AID (American Institute of Design) Competition. 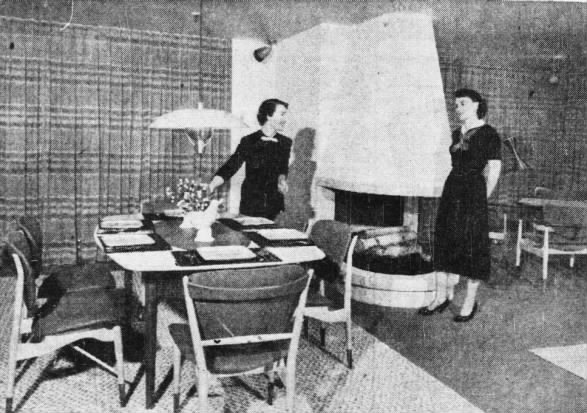 Juhl provided a softer touch to the lines of wooden modernist chairs, favouring organic designs that pushed the material to its limits. Unlike many other proponents of the Modern Danish style, who employed oak in their designs, he prefered teak and other dark woods.

He was influenced by abstract artist Jean Arp, as evidenced by his early Pelican chair, which remained a recurring subject throughout his career. Juhl displayed the Chieftain chair with photographs of weaponry from anthropological investigations, which was also influenced by tribal art.

The floating back and seat, which is seen in most of his chair designs and is frequently upholstered in contrast to the hardwood of the bearing parts, was one of his trademarks. In the chairs between 1945 and 1948, the entire back and seat, which appear to float on their supports, begin to emerge.

Steen Østergaard is a Danish designer. He studied Kunsthandvraekerskolen, Copenhagen to 1960. 1962-65, he worked with architect Finn Juhl and, in 1965, set up his design studio. 0stergaard ‘s first plastic object, the 1970 Chair 290 in polyamide, was produced by France & Son in Denmark.

Borje Rajalin is a Finnish Jewellery Designer. Rajalin worked at Bertel Gardberg’s silversmith from 1952 – 1956. His design work included technical equipment, plastic fittings, cutlery, stainless steel table and cookware and with Anti Nurmesniemi in 1972 a train for the Helsinki Railway. They collaborated with station designers to make the metro stations modern and chic.